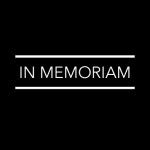 I have had to say goodbye to my friend Richard, who passed away recently. He was 86, 30 years my senior. And of all the people I’ve known in my life, Richard has held a special place that was all his own.

I met Richard when I was in my 20s and on the speaking circuit for the first time. I was to speak to a professional audience in California at the annual meeting of a large association. The folks who headed the organization knew Richard well and asked him to sit in on my program, check me out, and report back to them what he saw. Richard gave me rave reviews, which helped to boost my career at that tender moment. He then reached out to me after the conference.

At first, I was suspicious of Richard and had my guard up. Back then, I was accustomed to men coming on to me. I thought he was just another guy whose wife didn’t understand him who looking for some fun. But quickly, I could see that he had something entirely different in mind. He wanted to encourage, support, and befriend me – and that’s all. And he did the day we met and for the next 30 years.

I was one of many lucky recipients to receive Richard’s “clipping service”. He loved to read articles, clip them, and pop them in the mail with a typewritten note attached. One of those clippings, from the early 90s, was an article Richard had read about a new profession called “coaching”. His note said it was a profession that was tailor-made for me. At the time I didn’t pay too much attention. But years later, it turns out that Richard was right.

Over the years, Richard sent me crates of oranges at holiday time; articles about investments; newsy letters about his model train club, biking trips, and family; a beautiful wooden rolling pin that he made for me in his workshop; and pop-up holiday greeting cards that decorated our home every December. And every year, we sent each other birthday cards on our mutual birthday, February 7.

I’ve never quite understood what I had done to deserve Richard’s generosity, support, and friendship these many years. But I am grateful nonetheless. He has made a lasting difference in my life and my friendship with him is one of my treasures. I will miss him. 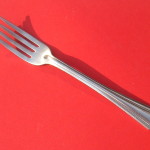 Question: How do you eat an elephant?  Answer: One bite at a time.

In the late 1990s, I told a friend that I was planning to go to graduate school and she told me that I’d obviously lost my mind. She said it was insanity to undertake my plan to take one course at a time while I worked and raised my children so that I could go from bachelor’s degree to doctorate. Instead, she suggested that I join a book club. My friend told me, too, that I’d be in my 50s by the time I’d be done, as though that would be a tragedy. Well, she was right about that much. I graduated 11 years later with my doctorate at the age of 53. But you know what? I was hoping to be 53 that year either way. I figured that if I was going to live to be 53 that I’d rather be 53 with a doctorate than to be 53 without one. And of course, I was right.

You can’t imagine the pride I felt when I walked into my graduation ceremony in May of 2010. There I was, decked out in my academic robes from head to toe, marching before my children and husband to the strains of Pomp and Circumstance, to take a seat in the front row of a huge graduation. More than 8,000 people packed the arena. My children witnessed their mother being called to the stage. They heard my name announced. And they watched me as I was hooded and as I accepted my diploma. Would I do it all again? In a heartbeat.

They say that the way to eat an elephant is one bite at a time. After 11 years of graduate school, I can say that this is true. The key for me was not to put all of my focus on the enormity of my elephant. If I’d done that, I’d have probably given up along the way, or, as my friend suggested, I might have joined a book club instead. Focus on the bites that you can manage, just as I focused on one course at a time. If you stick with it, you’ll find a way to eat your elephant just as I did mine — trunk, tail, and all. – Dr. Laura Hills, President, Blue Pencil Institute, www.bluepencilinstitute.com