In the past week 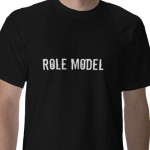 , three different younger professionals have told me that they look up to me as their role model. These have been unsolicited comments from younger people I know in different fields and who don’t know one another.  It strikes me that somewhere along the line I have morphed into being a person who younger people respect and even want to emulate. Does this mean that I am now a sage? A Wise Woman? Perhaps.

I have learned a thing or two over the years, I suppose. I have accomplished some things too. I’ve raised daughters who have blossomed into remarkable young women. I am married to a man who adores me and who is the love of my life. I live comfortably.  I’ve made contributions to my community. And despite the usual bumps and bruises along the way, I’ve managed to keep my sense of humor and even all of my own teeth. I’m no spring chicken. So, I guess it does seem plausible that I am now a role model.

This is a humbling realization. The weight of that responsibility is just hitting me, and I am awed by it.  It turns out that my own success and the way I’ve carried myself through my life has mattered more to the younger people around me than I’d ever realized or imagined. 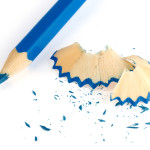 s going to undergo treatment for prostate cancer in 10 days and this morning, we took a class together at the hospital. They call it “prostate school”, I suppose, to make it sound more fun. Actually, we did enjoy the class and surprisingly, laughed more than once.

I’d like to share with you five life lessons I took away from prostate school today that I believe transcend this experience:

1. The human body is a miracle. We saw diagrams of the human body and discussed in some detail how everything works together. It’s so easy to forget what a miracle each of us is. It was nice to have that reminder.

2. Modern medicine is astounding. My husband is undergoing a treatment in which radioactive seeds will be implanted into his prostate, targeting his cancer with great precision. The cure rate is outstanding – better than 90%. Even Jules Verne did not predict something like that.

3. What we eat matters – a LOT. We met with a dietician who reviewed in detail what my husband can’t eat for the first 30 – 90 days after his procedure. I never considered before the little things that affect our digestion — like whether a fruit has a skin on it (like a blueberry) or that we react so differently to seemingly similar greens (such as spinach and kale).

4. A natural response to losing something is to want it badly. Men who undergo radioactive seed therapy for prostate cancer are placed on a special diet for a few months afterwards. Everyone in the class groaned and grumbled about the foods that aren’t allowed on the diet. We were all saddened that tomatoes are on the taboo list for 90 days. That’s understandable because so many delicious foods are tomato-based. But what surprised me is that my husband seemed especially sad that he couldn’t eat Brussels sprouts for 30 days. Brussels sprouts? For 30 days?

5. Being married to a loving spouse is the best thing in the world. We were three couples in the class together this morning and each wife took time away from work and other activities to sit beside her husband, to learn with him, and to support him. Our nurse trainer on more than one occasion said something specifically to the wives about what we would need to do – drive our husbands home from the hospital, bring their medication with us the day of the procedure, etc. I cannot imagine what it would be like for a man to have to go through this treatment without such support. I am so grateful that I am able to help my husband through this.

My husband and I are optimistic and thanks to prostate school, we feel even more prepared to go through this treatment now. That brings me to my final life lesson from prostate school: Knowing what to expect makes all the difference in the world. – Dr. Laura Hills, Blue Pencil Institute, www.bluepencilinstitute.com. 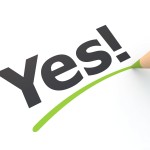 My father used to say that I made my own trouble. He was right, of course. But in my defense, I can tell you precisely why that was the case. Whenever anyone asked me if I could do something I’d never done before — or whenever I saw some great opportunity out there that looked good to me– I was the first one to blurt out an emphatic yes. Yes, I can write that. Yes, I can teach that. Yes, I can make that. Yes, I can do that. I’ve yessed myself through life even when I didn’t have clue about what I would have to do or how I would do it. I just said yes.

Want some examples? Well, here are just a few of the things that I have said yes to in my life with no relevant experience under my belt and without really knowing what would be involved:

Why would I say yes to such things if I didn’t know how to do them? Because that’s how I’ve gotten to do amazing things in my life (fluids for the cat aside). I suppose I could have been conservative and taken on challenges only after I’d had proper training and experience. But what fun would that have been? Besides, saying yes when you don’t know what you’re doing is an invigorating leap of faith – in yourself. I may not always have known how to do the things I committed to doing. But I believed in me and I believed that I would ultimately figure things out. Call it gumption, call it confidence, or call it foolishness if you like. But whatever you call it, my yesses have given me opportunities that other people have not had.

Mind you, once I say yes to something I don’t know how to do, I react pretty normally. I panic just like anyone would and tell myself that I must have been completely nuts to say that I could do whatever it was. But then, inevitably, I calm myself down and get to work, and guess what happens? Somehow, I manage to write the book, to bang out the chocolates, to accompany the tuba, or to do whatever other crazy thing I said that I could do.

My daughter, Meredith, has told me that she thinks of her mother as a “professional expert”. According to her, it doesn’t matter what task is in front of me. She says I will always appear to be an expert in it – and then, somehow or other, I will actually become one. The kid has a point. Some people learn to swim by taking lessons in the shallow end of the pool, blowing bubbles, and learning technique step by step. I guess I’m the type that learns best by jumping into the deep end. I may flail and sputter a bit but somehow, I will always manage to stay afloat. And most people will think I know what I’m doing while I figure things out.

The next time you’re wondering if you should agree to do something that’s completely new and unfamiliar to you, don’t back off. Don’t let a lack of knowledge and experience stop you from doing what you would like to do in your life. Take a giant leap of faith and join me in the deep end. Say yes. You’ll figure out how to do whatever it is that you’ve agreed to do. Don’t worry when the panic sets in, because believe me, it will. But it won’t last. Don’t worry about the trouble you will create for yourself either. It will be worth it. Besides, what’s so bad about making a little trouble in your life? After all, the world needs more experts, doesn’t it? — Dr. Laura Hills, President, Blue Pencil Institute, www.bluepencilinstitute.com 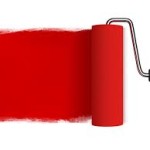 Many years ago, I was feeling stuck in my career and my life. I had lost my mother only months earlier and the combination of my grief and my overall dissatisfaction made me feel incredibly sad. Then one day, as I was preparing my breakfast, I noticed how beige my kitchen was. The walls were almost the same shade of beige as the countertops, appliances, table top, and vinyl flooring. Even my toaster and coffeemaker were beige. The beige engulfed and surrounded me and stood for me as a symbol of my beige, bland life.

That’s when I decided that I had to paint my kitchen. But I didn’t know what color to choose. I spent weeks looking at paint chips of tasteful colors that most people would like – light greens, blues, and tans for the most part. I asked my friends for their suggestions. But nothing was right. Then, as I was looking at the paint chip display in a big box hardware store, I saw a man walk by who was wearing a windbreaker in the most delicious shade of red. It was a clear, strong, and definite red, and it immediately caught my eye. I followed the man and asked him if he could please come with me for a moment so I could match my paint to his windbreaker. He must have thought me mad. But he was a kind man. He humored me and together, we were able to match his jacket perfectly.

The moment the red paint went on the wall, I started to feel better. With every stroke of the brush and every pass of the roller, I felt that I was covering my beige sadness and preparing for a happier time in my life – a red time. When the room was completely red, I felt for the first time in a long time that I could finally breathe again. I felt exhilarated. My red kitchen was the harbinger of so many great new things in my life. After that, I returned to graduate school, took better care of my physical self, created a more orderly home, started playing the piano every week at an assisted living facility, and even, composed music for the first time ever. My creativity and energy soared, and with it, my happiness.

Are you feeling stuck, sad, down, or at a loss for what to do? Choose one room in your home where you spend a lot of time and paint it a spectacular new color. Don’t pull your punch. Give yourself permission to live in a color you love. If you don’t know what color that is, keep your eyes peeled and notice what pops. A color will come to you. Then live in that color, wrap yourself in it, and let it heal you. You’ll draw energy from the color but also from your own power for having changed something so dramatically in your environment. Then see what happens next. My guess is that good things will follow. — Dr. Laura Hills, President, Blue Pencil Institute, www.bluepencilinstitute.com